Save the Date: Anastasia

Anastasia is coming up, and that's no joke! Check it out, tell your friends and look forward to the fun your whole fam will have!

Take an incredible journey to the past as the critically acclaimed, Broadway production of Anastasia heads on tour. Born from the pens of Obie and Tony-winning playwright Terrence McNally and Tony-winning writing team Stephen Flaherty and Lynn Ahrens, who ruled the Great White Way with their smash hit Ragtime, the musical draws on the score of the beloved animated film and includes the memorable melodies of Once Upon A December and Journey To The Past. While it incorporates elements of the 20th Century Fox classic, this Anastasia avoids the film's more fantastical elements (gone are the talking bat and evil sorcerer Rasputin) in favor of a historically accurate version. New songs are woven into a more nuanced narrative where common folk flee the Russian Revolution and are forced to settle into the new life under the Soviet Union. Amidst the peril of a changing regime, an orphan named Anya rises to embrace her destiny!

Tuesday with Tinkergarten! Founder Meghan Fitzgerald is leading a virtual class every TUESDAY at 11:30AM EST via Facebook Live and we'd love for you to come along. Find out more and RSVP here: https://.facebook.com/events/962194417571724/ Please note: the listed time for this event... MORE »

Join Miss Mandy and her friend Cookie Monster for some silly songs and fun in this all new Facebook Live event by Jam Time!... MORE »

The Public Library of Brookline

Join us for a special movin’ groovin’ virtual performance series from Vanessa Trien and the Jumping Monkeys! Recommended for ages three and up. Vanessa will provide unique virtual performances for attendees on Saturday May 23, June 6, and June 20... MORE »

Family-friendly musical version of the children's classic "Charlie and the Chocolate Factory"... MORE »

See what's NEW at Edaville Family Theme Park, where there is family fun for everyone. FEATURING big kid rides, little kid rides, family rides, COME HAVE THE TIME OF YOUR LIVES! As part of our Sensory Friendly Awareness Month Celebration,... MORE »

Learn about dreamers who impacted and changed our world in BIG ways with “This Little Dreamer,” an inspirational new board book full of fun facts and bold illustrations. 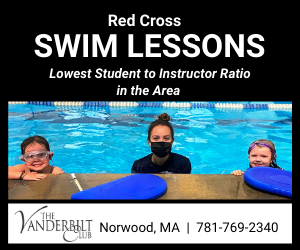