The Bardavon 1869 Opera House is a leading performance venue that presents touring artists of the highest quality in theater, dance, music, opera, and other performance genres. The Bardavon also strives to foster the development and presentation of new works. Each season the Bardavon's diverse offerings include Mainstage shows, Hudson Valley Philharmonic concerts, educational Daytime Performances, School Residencies as well as Community Service events. This variety ensures that the Bardavon is accessible to all who seek entertaining and inspiring live performances - whether general audiences or those with special needs.

Since its construction in 1869 as the Collingwood Opera House, the Bardavon has taken a piece of each era in its long lifetime with it into the future. They have defined the Bardavon's distinctive position in the history of a community, a nation, an art form. Transformed from a 19th Century performance hall and gathering place into a movie palace in 1923, the theatre was retrieved from demolition in 1976 to become the leading performing arts and cinema venue of the Hudson Valley region that it is today. The stage has seen the great performers from all these eras: Mark Twain, Sarah Bernhardt, John Philip Sousa, the Barrymores, Martha Graham, Frank Sinatra, Milton Berle, Tommy Dorsey and more recently Dizzy Gillespie, Ballet Hispanico, Patti Smith, Pinchas Zukerman, Greg Allman, James Earl Jones, Harry Belafonte and many, many more.

Another facet of our organization is to preserve and continue to restore the Bardavon's National Register theater building, which is the oldest continuously operating theater in New York State. 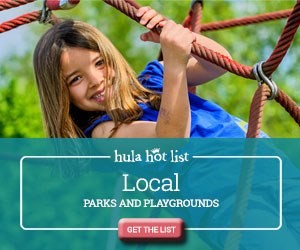 Be sure to join our Museum Open Tours on Mondays! Lots to see, lots of seasonal events and lots of fun to be had!

I love the different options for classes, summer camps, and workshops! And being... MORE »

I can always count on a yummy “new” recipe, fully cooked and ready to heat a... MORE »

I’ve been ordering from Aly for a couple of years now. She has a fast turn aro... MORE »