Save the Date: The Berenstain Bears on Stage

Check it out! Put this on your cal and your kiddos will be looking forward to it for weeks. Make some plans and have a blast! The Berenstain Bears on Stage is coming up soon at the Sutter Street Theatre.

The Berenstain Bears on Stage: March 7-29

March 7 – March 29 Book and Lyrics by Stan and Jan Berenstain Music by Elliot Lawrence and Jamie Broza The “world’s foremost expert on the Berenstain Bears,” guitar-strumming Cowboy Joe, is the show’s stage director—introducing and commenting on the play’s five episodes which are based on five classic Berenstain Bears books. The Berenstain Bears’ New Baby: Small Bear is an only cub, and he is a little lonely. But, he is growing—he has outgrown his own little bed. And he is about to become a big brother! Papa Bear builds him a new, bigger bed as they talk about the coming birth of the new baby in the family. When Sister Bear arrives, Small Bear becomes Brother Bear and he finds, to his delight, that he won’t be lonely anymore. The Berenstain Bears and the Messy Room: All families have a messy room or two in the house. In the Berenstain Bears’ tree house, the cubs’ room is the messiest. Mama Bear decides it’s time for a major cleanup; comic conflict results, which is solved by Papa Bear’s neatness plan. The Berenstain Bears and the Double Dare: It’s hard to resist someone daring you to prove you’re not a chicken! Neighborhood bullies, Too Tall and his gang, put Brother on the spot by daring him to swipe one of Farmer Ben’s watermelons. Farmer Ben catches Brother in the act and gives him good advice about dealing with bad influences. The Berenstain Bears Tell the Truth: An impromptu game of soccer inside the Bears’ tree house results in one very broken lamp. Brother and Sister concoct a far-fetched story about a bird flying in the window and knocking the lamp over. Somehow, Papa and Mama Bear doubt this explanation. As the truth comes out, Brother and Sister learn that “no matter how you try, you can’t make truth out of a lie.” The Berenstain Bears Get Stage Fright: Sister Bear is selected to be the star of the Bear Country School production of Grizzlystiltskin. She is very nervous about her role and has trouble memorizing her lines. She practices and practices to get them right. Brother has no such problem—he is supremely confident. But on the night of the performance, Brother gets stage fright and forgets his lines while well-prepared Sister not only has her own part down pat but feeds Brother his lines as well. Saturdays and Sundays at 1pm

Inspired by the twisted genius of Roald Dahl, this Tony Award-winning show revels in the anarchy of childhood, the power of imagination and the inspiring story of a girl who dreams of a better life. Packed with high-energy dance numbers,... MORE »

The annual family concert has become a hot ticket – educational and downright fun for all ages. This year, Maestro Jaffe explores how catchy rhythms propel music forward in irresistible fashion. Complete with an instrument “petting zoo,” the experience can’t... MORE »

Tuesday with Tinkergarten! Founder Meghan Fitzgerald is leading a virtual class every TUESDAY at 11:30AM EST via Facebook Live and we'd love for you to come along. Find out more and RSVP here: https://.facebook.com/events/962194417571724/ Please note: the listed time for this event... MORE »

Jurassic World comes to life for the first time in a touring arena show! Your trip to Isla Nublar takes a terrifying turn after the Indominus rex escapes and causes chaos in the park! The adventure continues as you join... MORE »

Celebrate friendship with this lyrical picture book that beautifully illustrates John Lennon and Paul McCartney’s world-renowned words from “With a Little Help from My Friends.”
Their universally loved words come vividly to life, showing that sometimes, all you need is a little help from your friends! 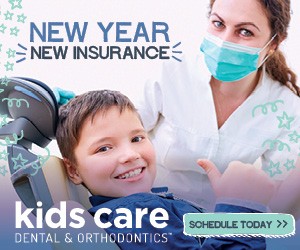