Add the ‘Pick Up Appâ€™ to Your home screen

symbol in iOS or tap the menu button in Android. Then click ‘Add to Home Screen.â€™

Strolling through the historic East Strasburg Station and the neighboring town of Strasburg, exploring the engines and rail cars up-close and riding beautifully restored trains are so much fun that youâ€™ll almost forget that youâ€™re immersed in a richly educational experience â€” learning about steam railroading, agriculture, Amish culture and PA Dutch heritage. Enjoy all we have to offer. And, the memories youâ€™ll take with you.

The larger-than-life coal-burning steam train is just the beginning. Ride the Pint-Sized Pufferbelly, a miniature version; operate a hand-powered Pump Car or watch the little ones â€śsteerâ€ť the pint-sized Cranky Car. Browse the Thomasâ„˘ Toy Store. Discover an amazing railroad bookstore and railfan shop filled with apparel and merchandise. Visit Our Shops.

Donâ€™t forget to bring your appetite. You can enjoy food, drinks and entertainment while riding aboard Strasburg Rail Road, or grab a bite at our Trackside CafĂ©.

Founded in 1832, the Strasburg Rail Road celebrated the 175th Anniversary of its railroad charter in 2007. Precisely when the railroad first turned a wheel is still a matter of patient research, but the earliest timetable found to date indicates Strasburg trains were scheduled as of December 1851.

On February 22, 1861, President Abraham Lincoln made a stop at Leaman Place on his inaugural train ride, en route to Lancaster. His four-minute visit brought nearly 5,000 people out to cheer for the President and Mrs. Lincoln.

To prepare for the Presidentâ€™s visit, Strasburg Rail Road had purchased their first passenger car, which ran on a special train to transport people to and from Leaman Place.

First used for passenger and freight transportation, the railroadâ€™s main purpose became a freight interchange with the Pennsylvania Railroad. Following World War II, improved highway transportation decreased the need for the railroad. By the mid 1950s, the Strasburg Rail Road was nearing the end of its usefulness. In 1957, destruction of the tracks caused by a series of storms placed an immediate embargo on the carload freight. The owners were unwilling to invest in the necessary repairs.

While petitions for abandonment were being considered, Henry K. Long, an industrialist and railfan from nearby Lancaster, along with Donald E. L. Hallock, another enthusiastic railfan with a vision, formed a group of interested individuals to save the railroad. With perseverance and a creative idea, the Strasburg Rail Road was saved.

After repairing the worst spots on the four-and-a-half mile track, the owners began acquiring an inventory of historic locomotives and passenger cars from all across North America. Using the old feed mill as a station, the ambitious band of â€śrail baronsâ€ť opened the railroad to visitors in 1958. 2008 marked the 50th anniversary of Strasburg Rail Road as a tourist railroad.

Today, as we look back at their labor of love, the Strasburg Rail Road is one of Lancaster Countyâ€™s most popular tourist attractions â€“ and recognized as one of Americaâ€™s most significant examples of early 20th century railroading. 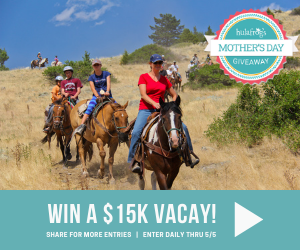 Whitaker Center for Science and the Arts