In 1916, Asbury Park Mayor Clarence E.F. Hetrick hired famed architectural firm McKim, Mead and White to design a convention center for the block just north of the city's Atlantic Square, between 6th and Sunset avenues. The firm submitted a plan that called for a 5000-seat venue costing $75,000 to construct. However, city founder James A. Bradley owned the block in question, then home to the aging Asbury Park Auditorium, and refused to sell the plot to the city. After Bradley's death in 1921, department store scion Arthur Steinbach purchased the Auditorium property from Bradley's estate, demolished the auditorium, and constructed the Berkeley-Carteret Hotel on the plot.

The completion of the third Madison Square Garden in New York City, and the approval of Atlantic City's new Convention Hall, put Hetrick under considerable pressure to construct a similar venue for Asbury Park. "While we have hesitated, Atlantic City has added $100,000,000 in valuations," he told the Asbury Park Press. "While the Traymores and Breakers and other imposing structures have been built over a period of 25 years, we can show only the Monterey, the Berkeley-Carteret, the Asbury-Carlton and the Palace", referring to four then-new seasonal hotels in the resort city.

In 1927, after a mysterious fire destroyed the 5th Avenue Arcade just east of Atlantic Square on the Boardwalk, voters passed a bond referendum to construct a new convention center on the plot. Hetrick commissioned architects Warren and Wetmore, who also designed New York City's Grand Central Terminal. The firm's eventual design called for a 1600-seat theatre to occupy the old 5th Avenue Arcade plot. The theatre was connected to an enclosed arcade that covered the boardwalk. This arcade was connected on the east to a 3200-seat convention center, offering 60,000 square feet (5,600 m2) of exhibition space. This portion, which would be christened "Convention Hall", extended 215 feet (66 m) over the beach and the waterline, and was supported by steel encased concrete pilings. From the time of its construction until a seawall construction project in the 1970s, visitors to the hall could look directly over the Atlantic Ocean from the hall's easternmost outer walkway.[4] Heat was provided in colder months by a system of underground pipes connected to a city-owned steam plant, located at the southernmost end of the Boardwalk. The entire complex was designed in a combination Italian-French style, with an emphasis on nautical themes in recognition of its oceanfront location. 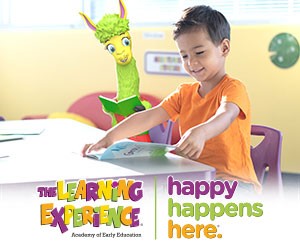 Book Your Baby's Oral Health Checkup! Visit our website to learn what to expect at the first appointment.

We are actively touring and enrolling! Call the center today at 732-542-1769 to schedule your Virtual Tour.

If you are asking what do I thing about ADALIE SCOTT PHOTOGRAPHY, I feel the pho... MORE »