The Columbia Trail strings together forests, farms and parklands as it stretches 15 miles among the small towns of High Bridge, Califon, Long Valley and Washington. Most of the corridor parallels the South Branch of the Raritan River. After passenger trains and rail cars laden with iron ore ceased running this line, the Columbia Gas company constructed a pipeline under the former rail bed. It then transferred the surface rights to the parks departments of Hunterdon and Morris counties for a recreational trail.

The trail starts in High Bridge near the center of town. Several lightly traveled side streets intersect the corridor before you encounter woodlands and the banks of the Raritan River, considered one of the state's premier fly-fishing trout streams. In approximately 0.25 mile from the starting point, the Taylor Steelworkers' Historical Greenway, a 6.25-mile hiking trail through historic sites, intersects the Columbia Trail on the right.

After about 2 miles, the trail enters the magnificent Ken Lockwood Gorge, where steep slopes reveal rapid water and dramatic rock formations. A naturalist's dream, the gorge is named for the late outdoor writer and conservationist. The surrounding hardwood forest makes for a particularly colorful autumn, and in spring wildflowers brighten the landscape. Black bears have been spotted in the area, though far less frequently than whitetailed deer, raccoons, coyotes, foxes, squirrels and chipmunks.

The tiny borough of Califon boasts 170 structures on the National Register of Historic Places, including the restored railroad station. The station, built entirely of stone, houses the Califon Historical Society. The area mills gained prominence for furnishing central New Jersey's thriving agricultural industry with wooden slat baskets, commonly known as peach baskets. Homes in the Victorian village are marked with the date of construction and the names of the builder rather than street addresses. Local legend says the name Califon was a sign painter's invention. The town was originally called California but when the railroad station was built, the sign painter could not fit the name California on the board provided and abbreviated it.

At West Valley Brook Road, the trail leaves Hunterdon County and enters Morris County. Very little, other than a change in the design of the trail access gates, changes though. The landscape along this section into the Long Valley is more agricultural in nature. The trail ends at Bartley Road in Washington Township. 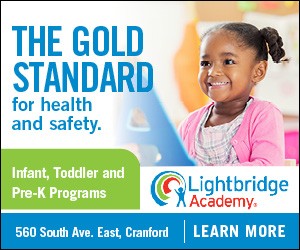 Viking Pest is open and providing contactless, exterior pest control services to keep invaders out of your home or business.

To learn more about our Seedlings Curriculum and Pre K program, call us today at (908) 653-1231. We are enrolling for September!

Hands down the best yard sign company around! Plus they're local!!! MORE »

This place is a hidden Gem! The burgers are super delicious and the ice cream sh... MORE »

CDE has been an important component of both of my daughters' lives. Starting lon... MORE »