The Hanover Theatre for the Performing Arts

The Hanover Theatre continues to draw over 180,000 patrons annually with world-class performances and headlining acts including Broadway hits (“Les Misérables,” “Jersey Boys”), comedians (Dave Chappelle, Jay Leno, Daniel Tosh), musical acts (Neil Young, Aretha Franklin, John Legend, Donny Osmond) and everything in between (“A Christmas Carol,” Alvin Ailey American Dance Theatre, Alton Brown). POLLSTAR consistently ranks The Hanover Theatre as one of the Top Theatres in the World. After eight seasons, the award-winning, historic theatre continues to establish its place as a world-class performing arts venue, acting as a catalyst for the economic development of downtown Worcester. The Hanover Theatre’s acquisition of 551 Main Street houses new function space, offices, rental space for a restaurant on the ground floor and The Hanover Theatre Conservatory for the Performing Arts on the lower level.

Worcester Center for Performing Arts, a registered not-for-profit 501(c)(3) organization, owns and operates The Hanover Theatre for the Performing Arts. All donations are tax deductible to the fullest extent allowed by law.

The Hanover Theatre for the Performing Arts 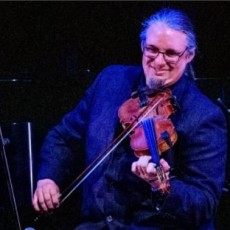 For 17 years, A St. Patrick’s Day Celtic Sojourn has entertained and enlightened audiences throughout New England during the month of March. A magnificent lineup of musicians, singers and dancers from around...MORE »

International singing superstar Sarah Brightman is the world’s biggest-selling soprano. She pioneered the classical crossover music movement and is famed for possessing a vocal range of over three octaves. Brightman is the...MORE »

Schedule your child's next dental visit in a caring environment where your child can feel relaxed and comfortable with the very best care!

Offering In Person and Virtual Training! Sign up today!

Give your children the BEST SUMMER EVER! Register for YMCA Summer Day Camp today!

Absolutely beautiful and delicious Mermaid cake for our daughter's birthday! Per... MORE »

My daughter is gaining more confidence with every class she takes at Revival. Sh... MORE »

Jess is amazing, and she bring her husband for eye candy. He works every time. MORE »